You are here: Home / Memoirs of a Broadcast Engineer

Download Memoirs of a Broadcast Engineer by Bob Zuelsdorf  here.

• Or get your copy on Amazon. 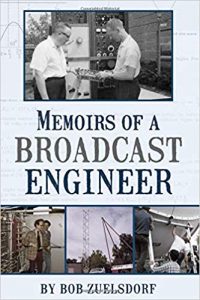 Everything was live then. There was no videotape – there was not even audio tape at first. Every half hour, or more frequently in the case of a locally projected film program, there would be one or more “commercials”, which were our source of revenue. These were most often voice over slides, opaques, or sometimes 16mm film on the other film projector when we were showing a film program. The voice over was done live from an Announce Booth which could be viewed from the Control Room through a sound proof glass window. This meant there had to be a “booth announcer” on duty throughout the broadcast day. Management realized expense could be reduced if we had a way to record the announcer’s messages and play them back.

Audio tape machines had recently become available and we suggested a broadcast quality Ampex machine. However this was to no avail. Without knowledge of the engineering department a “trade out” was done with a local store selling consumer type equipment for home use. We would air commercials for the store in trade for the tape machine. The device which arrived was a Wilcox Gay audio tape machine. It was soon dubbed the ”tape worm” as it would sometimes eat the tape, stretching or rolling it into a useless mess. Instead of having a servo controlled capstan or synchronous capstan motor, speed was controlled by some felt clutches. The amount of oil on the felt controlled the slippage and thus the speed. We now did a “book tape” wherein the announcer recorded the next day’s announcements on the tape and each was played back in order the next day with the matching “spot”, or commercial video material.

The WG tape worm tended to start out slowly and, as the record process went on, go faster toward the end. Now IF the speed change at playback matched the speed change when recording, all was reasonably okay. However this often was not the case. The played back spots then were not exactly the proper length and – more noticeably – the pitch of the announcers voice changed throughout the day.

As a friend of mine once said, “There are more nuts per acre in television than any other place in the world…” 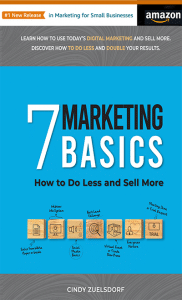